Australia and the western United States have something in common–unsustainable water use and management practices. With temperatures rising over the globe, devastating droughts and wildfires are becoming a norm. 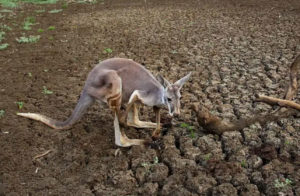 Kangaroo Weakened from lack of water

Water scarcities have reached high-anxiety threat levels across many regions around the world, which then domino into food shortages and death tolls in the millions with economic losses in the billions – all of this creating disasters in far greater orders of magnitude than the current COVID 19 pandemic numbers rolling across our TV news screens.

United Nations and World Health Organization statistics indicate 40% of the world population is impacted by drought.  What is being done about that?

Water security has become a chief concern across every environmental and community sector with very few solutions forthcoming. Five years ago, the Lawrence Anthony Earth Organization (LAEO), an international conservation non-profit, set out to solve what they deemed as the greatest environmental threat of our time–global clean water scarcities. They formed a consortium of companies and groups to address these challenges, advance water science, mitigate risk in water resource exploration and enable its sustainable management.

LAEO’s water science technology was recently featured on Australia’s ABC Landline News Program demonstrating how their geo spatial analysis and geology advancements brought hope to drought-stressed farmers.  GIS Analytics Research Australia (GISARA) with its US affiliate GIS Analytics (GISA) teamed up with the LAEO non-profit to implement this innovative and pioneering work of science they call DSW-Tech™.  DSW stands for Deep-Seated Water, based on evidence that alternative water sources exist in deep, fractured rock aquifers, far below shallow surface and ground water. DSW Tech is an integrated package of advanced methods for locating and accessing these freshwater resources.

Across the state of Queensland’s region known as ‘The Granite Belt’, farmers and ranchers have been unable to locate sufficient water supplies and dig only shallow water wells because of the thousands of feet of very hard rock underlying surface soil.  When there is a severe drought, as Australia has been suffering for many years, dams and shallow wells fed by rainwater dry up and not just private farmland, but entire towns go totally dry. One such town, Stanthorpe, has had to resort to spending hundreds of thousands of dollars a month to truck in water from thirty kilometers (19 miles) away. But the town cannot help large-scale fruit tree farmers nearby. Thus, at the request of the Australian firm Sustainable Water Resources (SWS), LAEO and GISARA banded together with SWS to implement LAEO’s advanced water location technology to help local farmers site water bores that would produce good water if one knew exactly where to dig. 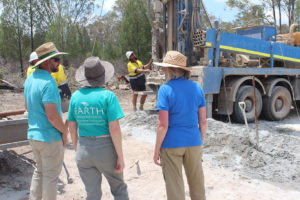 And that is where the literally ground-breaking research comes in. How do you find water deep inside granite underlying a drought-stressed region? LAEO scientists have been studying and working for some years with forward-thinking New South Wales researcher, Robert Gourlay, to develop new techniques to do just that – find water where others cannot.

It involves a dizzying array of remotely sensed digital data, from satellites and aircraft, combined with unique computer algorithms and sophisticated geological analysis. For one farmer in Queensland, Angus Ferrier, this resulted in LAEO staff and Rob Gourlay siting several bores on his large, very dry farm, one of which he selected for drilling. SWS’s CEO, Ross Martiensen, funded this first well through his charitable organization Drought Fix.

“It’s a matter of knowing how to locate elusive, water-bearing rock fractures,” said Barbara Wiseman, President of LAEO, interviewed on site. “We’re very happy to be here to help demonstrate that this technology now exists, to find water even under the most challenging circumstances.” 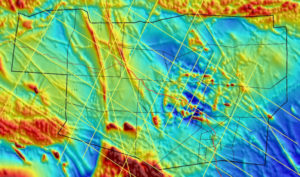 After completing the digital mapping work and on-site observation analysis, a precise spot for drilling was selected. LAEO predicted water at two levels, the lower being about 200 meters deep in the granite. The driller took up the challenge and, despite significant hard-rock drilling difficulties, water flow when first encountered at the lower depth was in the range of 11,000 liters per hour (3 liters/sec).  Because of bore development problems, the sustainable flow of good-quality freshwater is currently 3,600 liters per hour (1 liter/second). As the bore flushes out the granite chips from drilling, it is expected that the flow will likely open back up to its original strength. 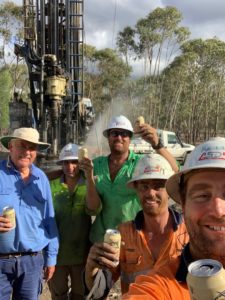 The good news is that farmers, ranchers, drillers, and even towns and cities can now consider tapping into this alternative source of water by utilizing the DSW Technology to predict exactly where to drill and how deep they’ll have to go to find this life-sustaining resource.

This website uses cookies to improve your experience while you navigate through the website. Out of these, the cookies that are categorized as necessary are stored on your browser as they are essential for the working of basic functionalities of the website. We also use third-party cookies that help us analyze and understand how you use this website. These cookies will be stored in your browser only with your consent. You also have the option to opt-out of these cookies. But opting out of some of these cookies may affect your browsing experience.
Necessary Always Enabled

Performance cookies are used to understand and analyze the key performance indexes of the website which helps in delivering a better user experience for the visitors.

Analytical cookies are used to understand how visitors interact with the website. These cookies help provide information on metrics the number of visitors, bounce rate, traffic source, etc.

Advertisement cookies are used to provide visitors with relevant ads and marketing campaigns. These cookies track visitors across websites and collect information to provide customized ads.

Other uncategorized cookies are those that are being analyzed and have not been classified into a category as yet.