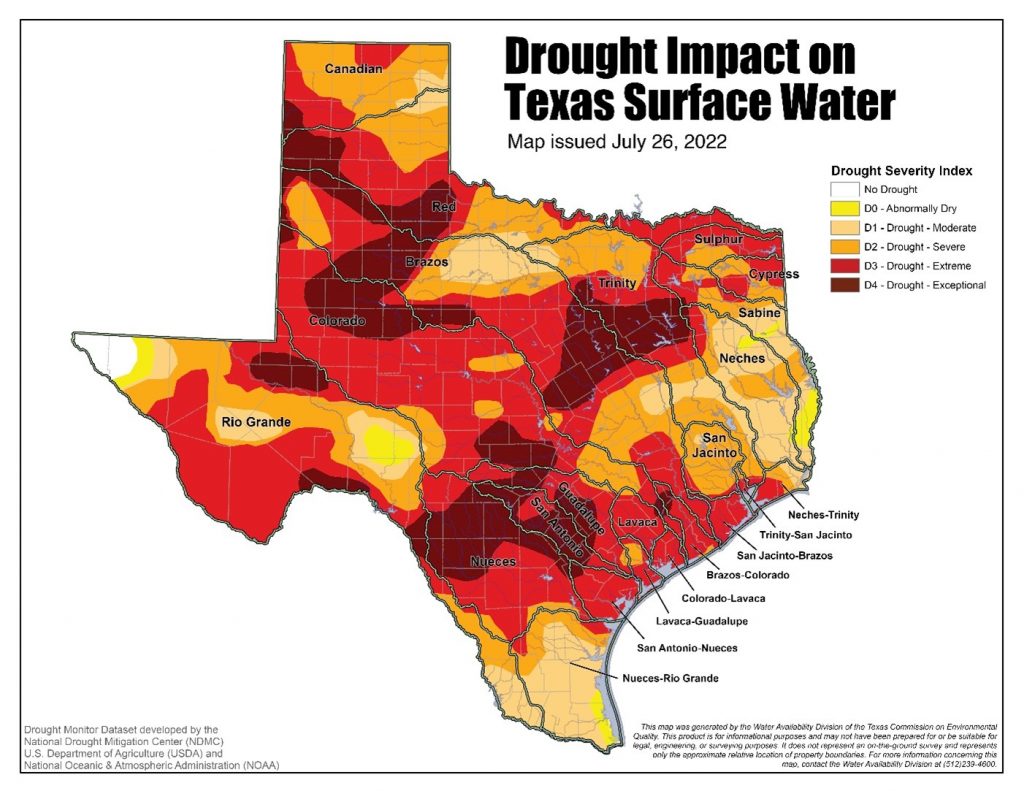 On July 8, Governor Greg Abbott issued a proclamation declaring a state of disaster in over 170 counties in Texas based on the “existence of serious drought conditions that pose an imminent threat of widespread or severe damage, injury, or loss of life or property.” Texas drought disaster proclamation.

The drought map above says it all. Nearly all of Texas is under severe to extreme to exceptional drought conditions.

Farmers and ranchers have been forced to sell off their livestock prematurely, and crops are withering in the fields. The City of Gunter (whose city logo includes a water tower) north of Dallas had two of its three water wells out of service because they were running continuously instead of 50-60% of the time, in spite of heavy water restrictions on the populace. 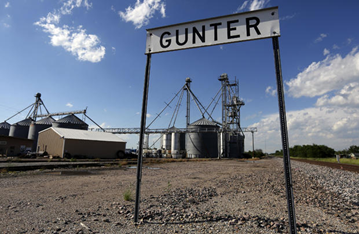 Texas is not alone in their struggles against drought. But what is interesting is that it doesn’t have to be this bad. Just recently, a huge aquifer was discovered in south Texas. The newly named Maverick Basin Aquifer is known to be at least 3,000 square miles and averages 1,000 feet thick in most places. This comes years after Texas water experts concluded their deeper aquifers are brackish (salty) at best. Water tests on this new aquifer show it comes out of the ground already meeting or exceeding federal and state drinking water standards!

The fact is, there are huge amounts of untapped fresh water, and it can be precisely located. The US National Groundwater Association estimates there is 6,000 years of freshwater supply in the upper two kilometers of the earth’s crust link: The global volume and distribution of modern groundwater | Nature Geoscience. AquaterreX has developed the ability to locate and economically bring to the surface these previously untapped water resources.

The good news is that these sources of water, no matter how deep they are, can be located and reached economically without having to drill wells thousands of feet or meters deep. And, well locations can be pinpointed with 90% accuracy, now approaching 100%.

AquaterreX is a company leading the advancement of locating sources of fresh water, including Deep Seated Water, which is groundwater typically sourced from deep aquifers that are located lower than shallow aquifers. Such deep aquifers are supplied not only from local catchment basins but also by subsurface inflows across basin boundaries. Deep Seated Water also encompasses water created at the mantle level of the Earth under extreme heat and pressure.

Multicomponent geospatial analysis, satellite imagery, geologic and hydrologic examination are used along with on-the-ground instrumentation and a variety of other data sources to locate the depth, estimated amount and flow rate of freshwater sources. This is a stark contrast from the large percentage of groundwater locators who still use “water witching” or “dowsing” to try to find water. That’s why the reported success rate of finding water that way is in the range of 40% whereas AquaterreX is now approaching 100%. This practically eliminates the possibility of drilling an expensive “dry hole”.

The Scientific Approach to Finding Groundwater

AquaterreX has recently introduced a free Guide to finding groundwater for agriculture. It explains the four steps involved in locating and then drilling for fresh groundwater. It can be found here. 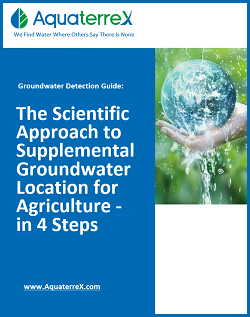 The bottom line is that we must use all of the resources at our disposal to mitigate the global water crisis. It is affecting literally billions of people. By locating new sources of water, we can help solve this problem without overdrawing the existing sources.

Deep Seated Water is the Missing Piece that can solve the water crisis puzzle – contamination, drought, scarcity. Many water strategies focus on conservation, rather than additional supply. Other solutions such as desalination and wastewater treatment are potential answers for some, but they also come with trade-offs such as high cost, high energy usage, long planning periods and toxic waste. Deep Seated Water is located in Texas and almost everywhere on the planet, and it can be added to the mix of solutions as a supplemental freshwater source that is not subject to contamination, is fast and easy to implement and is economical and scalable. And, tapping Deep Seated Water allows both surface water and shallow aquifer sources to recharge, making the total system more environmentally sustainable.